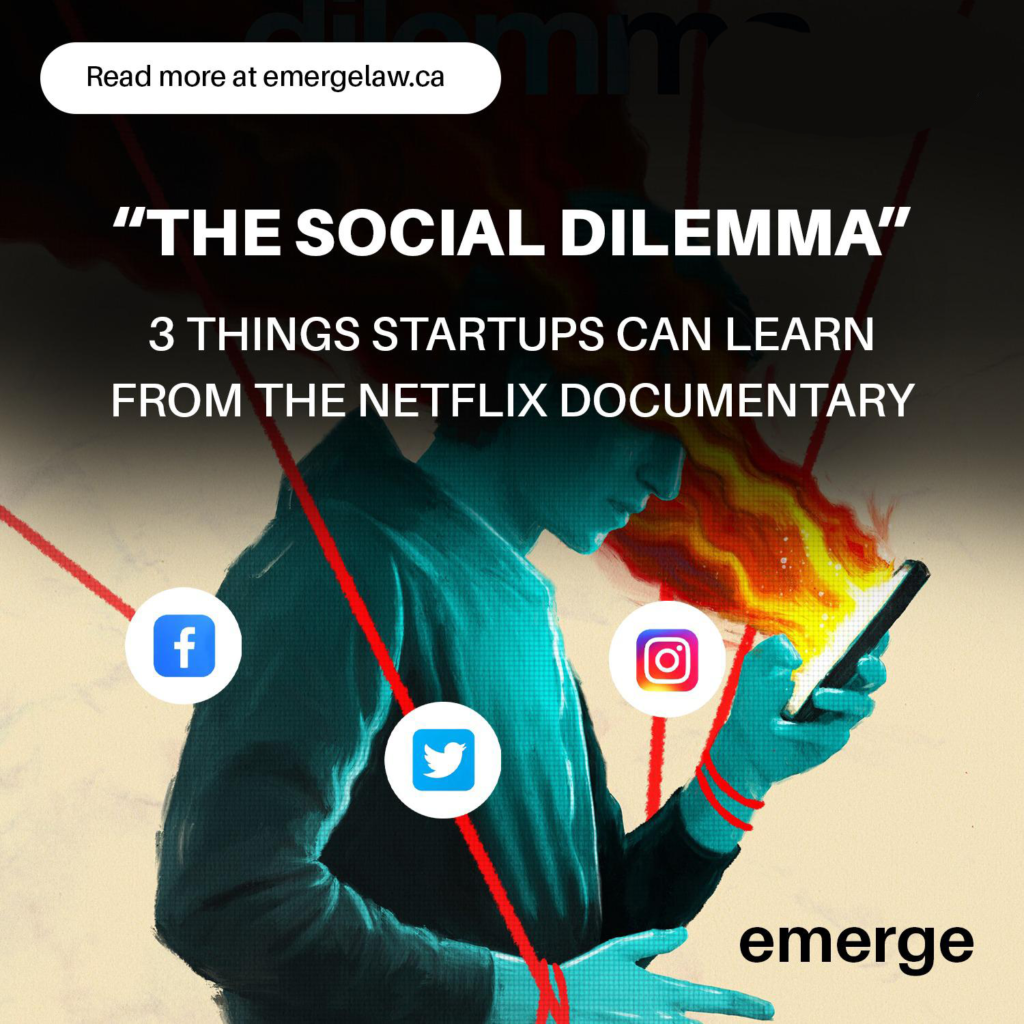 The Social Dilemma, a documentary on Netflix, takes us behind the scenes of social media. The insightful and much-needed documentary brings together a bunch of Silicon Valley geniuses who once helped establish and perpetuate habits of the internet across the globe.

1. Set aside a paid media budget

You might be wondering why some of your social media posts are not reaching many people in your efforts to grow your business organically. Well, it could be because companies like Facebook deploy a monetization strategy which focuses on selling advertising to businesses. This can reduce the reach of organic postings made by business accounts, encouraging users to spend money on promotions.

If you are running a startup, take advantage of paid advertisements and ensure your strategy is aligned with social media algorithms.

2. Recognize you can get addicted and lose out on productive hours

Let’s face it. The drug industry and social media industry are some of the only industries that call their customers, “Users.” As explained in The Social Dilemma, social media inherently turns your “psychology against you” so that you stay stuck to the screen, and is now classified as an addictive activity, like consuming addictive drugs.

The documentary explains that technology manipulates our evolutionary need to connect with other people through providing us healthy amounts of dopamine. The reality is that the business model of many social media companies is based on keeping us engaged on our screens for as long as humanly possible.

If you are managing a social media account, consider using processes like Meistertask to avoid getting trapped. Plan your content ahead of time and consider posting and then leaving the app. Don’t get bogged down by the ‘likes addiction.’

If you are leading a team, it might be worthwhile to have a conversation with your team on useful tips and best practices to stay focused on producing content rather than consuming more than you produce.

The documentary also highlights that fake news spreads six times faster than true news, making this the king of online content. Social media platforms are perpetuating an online (and now offline) world where truth is irrelevant, as long as the content gets as many views, likes, and shares as possible.

Fake news isn’t something that just impacts us on an individual level. Increasingly, we are seeing businesses fall victim to fake news, and in more ways than one.

Most recently, as countries plunged into lockdown, different apps and platforms became part of our daily lives, one of which was Houseparty. The social networking app, which allows people to have video conversations in ‘the house’ and play games with each other, underwent a surge in downloads as lockdowns began.

Sadly, the excitement around Houseparty shattered thanks to a smear campaign/conspiracy theory, in which Twitter users were alleging that their other accounts, such as PayPal, were hacked because of Houseparty. As you can imagine, people began deleting the app in a panic, and the platform was now famous for all the wrong reasons. Later, we would learn that many of the accounts spreading these rumours were fake and, according to Houseparty, set up as part of a paid smear campaign. Unfortunately, however, the damage to Houseparty’s brand had already been done, and what could have been a huge success story turned out to be a horror story for the company.

The reality is that you don’t have to be a large company to be subject to fake reviews; sadly, it can happen to much smaller businesses too, including startups and small businesses.

So if what we’re facing is indeed a “social dilemma” it is important you have a plan of action. Just like a fire, if you’re prepared for it, you can mitigate the damage. Create a plan of action for a fake news story. Map out potential avenues of attack and how you might respond to such attacks. You might even look into PR firms who specialize in fake news situations and have experience.

Send us comments and questions that you might have on this blog post or on the Social Dilemma generally, we would love to continue the conversation on this very timely and important topic.

Join our Newsletter to get the latest updates.